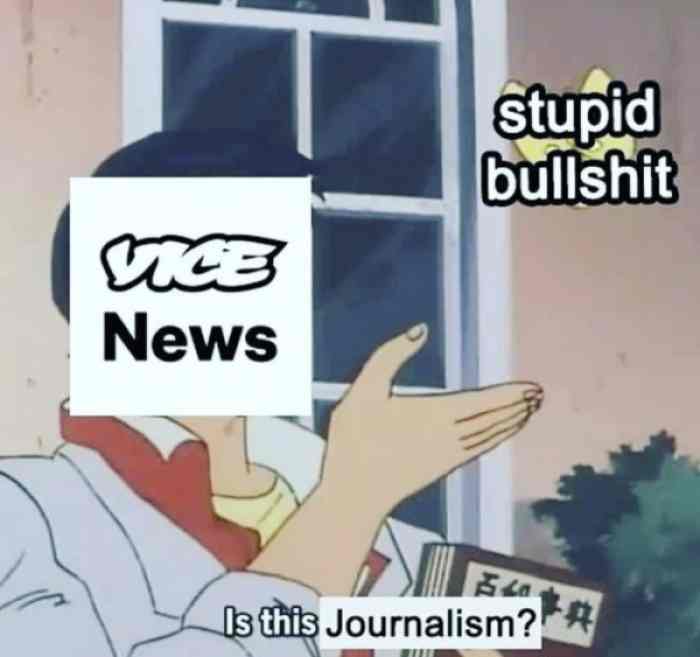 VICE Attempts To Smear Gab, But Is Forced To Admit That Gab Is Winning

VICE reached out to me via email last week. Normally I’d pass on speaking with fake news outlets, but I was in the mood for some good banter with a dopey blogger.

I aired the exchange on both Twitter and Gab and I’ll share it here now as well. It was obvious from the line of questioning that the VICE blogger was looking for an angle. Any angle. Perplexed by the data he was seeing confirming Gab’s explosive growth this year, he had to justify it with some negative connotation. Unfortunately he only ended up making Gab look great and demonstrating to the world that free speech is winning and that there are absolutely no brakes on this train.

The feeble mind of a propagandist blogger has always fascinated me. It’s like these people have never stepped foot outside of their inner city petri dish. Their ideological echo chambers are so strong that what seems obvious to normal people—like protecting freedom of speech and privacy online—is baffling to the inner city fake news blogger.

It must be 8chan getting shut down, he pondered. It must be “muh racists” that are being banned from Twitter. There must be some explanation for why so many people are leaving the Silicon Valley data plantations!

Surely Gab couldn’t get much bigger, right? I mean who would want a social network that upholds American privacy and speech laws? It’s not like that is exactly what made Silicon Valley companies massive in the first place until they did a hard pivot to censorship around 2015.

Gab had experienced a huge growth spurt in the first half of 2019, a worrying sign for those concerned about the spread of hateful ideologies and radicalization online.

You know what is a “worrying sign” for those concerned about radicalization online? More censorship. Censorship radicalizes people. It shuns them from society for having the “wrong” political opinions. Thinking just a little too outside of the propped up box of cultural norms which are dictated by the elites in media, technology, Hollywood, and academia could get you fired, banned from the internet, and even threatened.

Traffic to Gab’s website between January and July this year has grown almost 200% while unique visitors to the site are up 180%, according to figures provided by SimilarWeb to VICE News.

Thanks, VICE. We know. We are are winning.

But experts warn allowing hate speech to go unchecked, even if it isn’t illegal, leads to serious problems.

“Hate speech is dangerous because it can influence, or even incite others, leading to the potential risk of abuse or attack,” Feldman said. ”Allowing hate speech to fester is like leaving a wound unattended. At best it is unpleasant. At worst it can make other parts poorly or sick, and in extremis even kill.”

Ah yes, the “experts” who always fail to note the massive volumes of “hate speech” propagated by the mainstream media and promoted across every major social network in particular aimed at straight, white, Christian men and women as well as people of color who support the President of the United States. That type of “hate speech” is permitted and certainly isn’t going to “radicalize” anyone, is it?

Not only is Gab booming in terms of popularity, but it has also radically overhauled the site’s architecture using a decentralized model that it believes make it virtually bulletproof in terms of censorship and being taken offline.

Yes indeed VICE, thank you for noting that Gab is now open source, decentralized, and unstoppable as a technology platform. This makes many people very mad online so I’m glad you brought it up.

So, how big can it get?
“I think there is a substantial risk for it to become pretty big indeed,” Hadley said. “Platforms like Gab can become much more mainstream. I think it would be foolish to say the growth is going to stop, at least not in the near term.”

Notice the word choice here. There’s a “substantial risk” that Gab is going to become a very big platform. Who is at risk if that happens? Really makes you think.