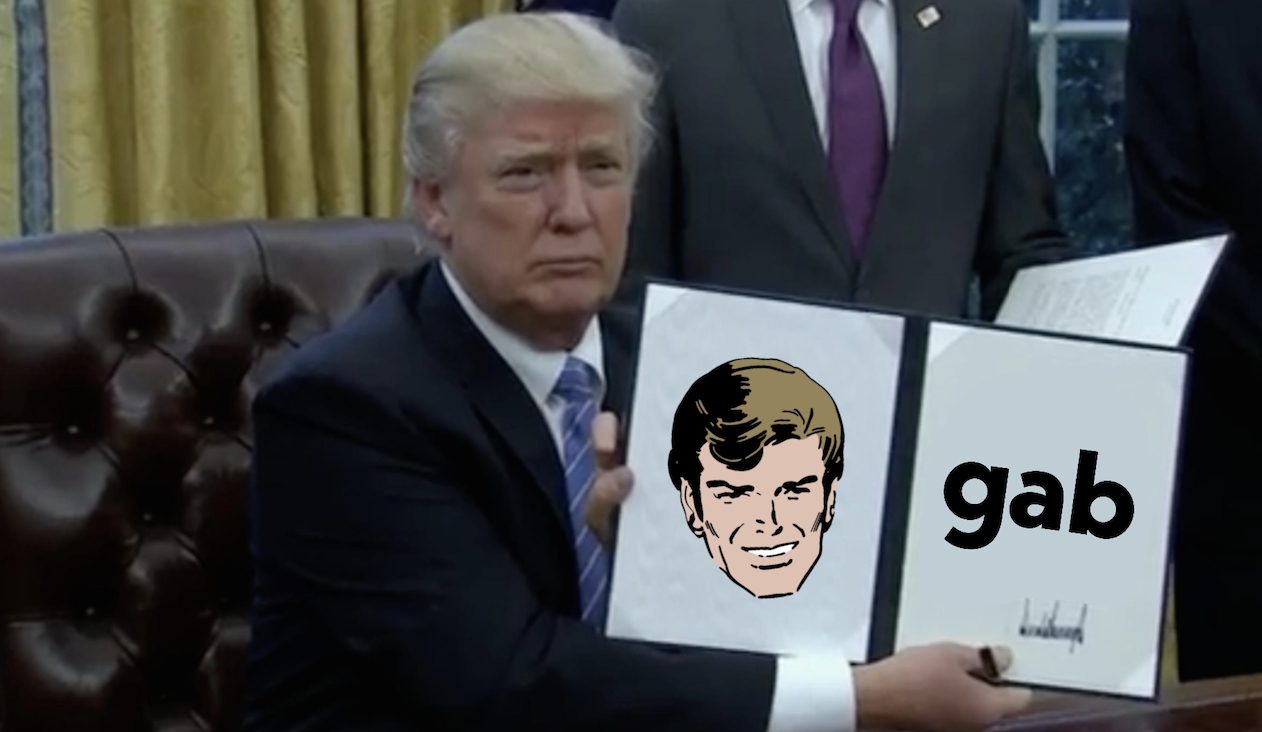 Yesterday President Trump signed a social media executive order that specifically mentioned Twitter. Twitter doesn’t seem too concerned or scared though and nor should they be as many legal experts have weighed in and stated that this EO doesn’t hold much weight. The executive order goes after CDA Section 230. This is bad. It’s something we wrote our concerns about here.

The solution is for the President to join and openly support alternative technology platforms like Gab and others.

If he leads the world off of Silicon Valley platforms: tens of millions of people will follow.

If not, Twitter and Silicon Valley will continue to crush any and all dissent.

Including from the President of the United States of America.

We have the President’s Gab account ready and waiting.

Get on Gab, the free speech social network.

Get the Gab Mobile App

Published in Big Tech and Gab