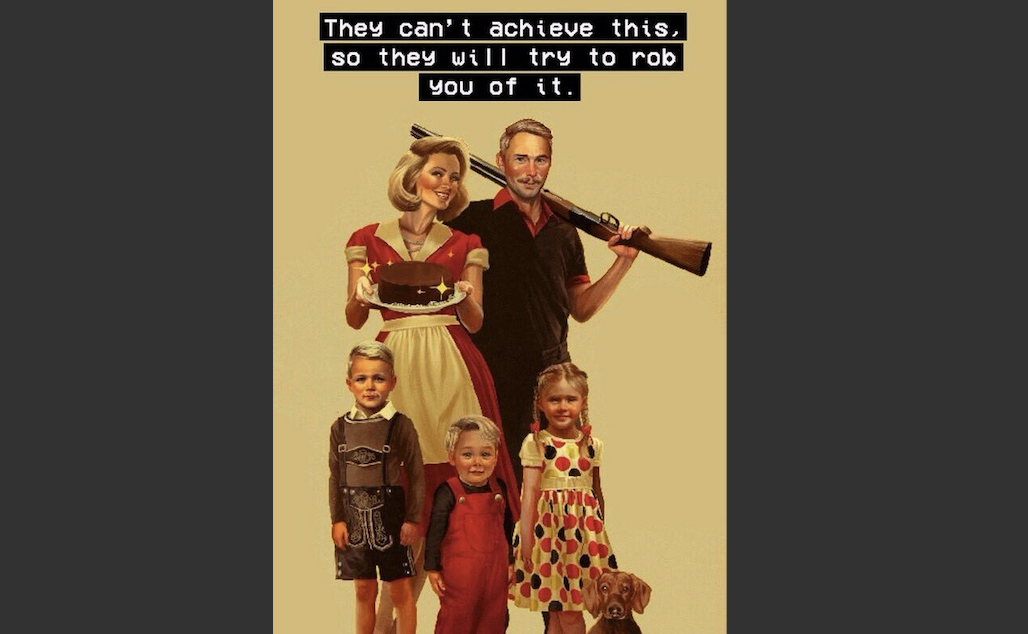 What Are Populists Fighting For?

Last week I wrote about the unification of the American Populist movement and posited that God should be the center of the movement as the Creator that unites us. I’ve been obsessively thinking about unity lately, something that this country and indeed entire the Western world lacks.

In thinking about the question of what unites us, I naturally came to a proceeding question: what, exactly, is the American Populist movement fighting for? More importantly: what are we not fighting for? In order to fight, we must have things worth fighting for that unite us in our struggle against the establishment oligarchs in power.

Think of the Stonk Market!

We’re not fighting for the stock market or for the rigged crony capitalist system of the oligarchs. I’m a supporter of real capitalism that has checks and balances against what our current system has become: crony capitalism that overwhelmingly benefits a few at the top at expense of the rest of us.

When billionaires gain $1 trillion in new collective wealth during the pandemic while hundreds of thousands of small businesses are closed for good, we don’t live in a capitalist society anymore.

We live in a crony capitalist oligarchy.

As a Millennial I can also confidently say that very few people in my generation or in Gen Z give a damn about the almighty stock market that so many people worship in this country.

We will be lucky if most of us can ever afford to get married and buy a home, let alone have a nice cushioned 401k. I’m not trying to make people mad when I say this, I’m just sharing the reality that exists across the generational divide.

I know this isn’t going to please many of the older generations reading this, but they should know that Millennials and Gen Z are not going to fight to defend their pensions and 401ks. We’d sooner metaphorically “set the system on fire and blow it up” as Tucker Carlson says.

I love my grandfather, but I’m not very motivated to risk everything fighting establishment oligarchs so that the value of his 401k continues to rise while my generation sits on a mountain of student loan debt and home ownership seems like a pipe dream for the vast majority of us.

We don’t worship crony capitalism, the stock market, or 401ks.

For liberty and justice for all!

The other thing we aren’t fighting for is some abstract form of “liberty” or “justice,” which have both been all but perverted and destroyed by the corrupt oligarchs in power who use these words to manipulate and control us into action on their behalf.

I think we can safely assume that any concept of American liberty is mostly long gone at this point. Our every move and click is tracked by international corporations and the NSA 24/7. We can’t go to the airport without an hour long pat down process.

We may never be able to go to the grocery store again without wearing a face diaper. We can’t worship in church on Sunday because our tyrant governor said so. We can’t even express political opinions on the internet without being banned, fired, and harassed.

If this is what American “liberty” looks like, I think we better start fighting for something else.

Then there is American “justice.” Justice in the West has been subverted by critical race theory. According to the tenets of critical race theory “justice” is when the white Christian man loses and gets trampled on by those in actual positions of power.

If this is what American “justice” looks like, I think we better start fighting for something else.

I’m fighting for my family and for my children.

I am going to fight for a country that is by, of, and for The People. One where my children can grow up without being attacked for their political opinion, faith, and skin color.

If the American Populist movement is to unite, we must first place God at the center of our movement. We must then remember what it is we are fighting for: our families.

These two things connect The People across political differences, race, class, and location. We must refuse to continue fighting on behalf of the interests and power of the oligarch establishment and their rigged crony capitalist system. We must instead center our focus on God and our families to work together against our common enemy.