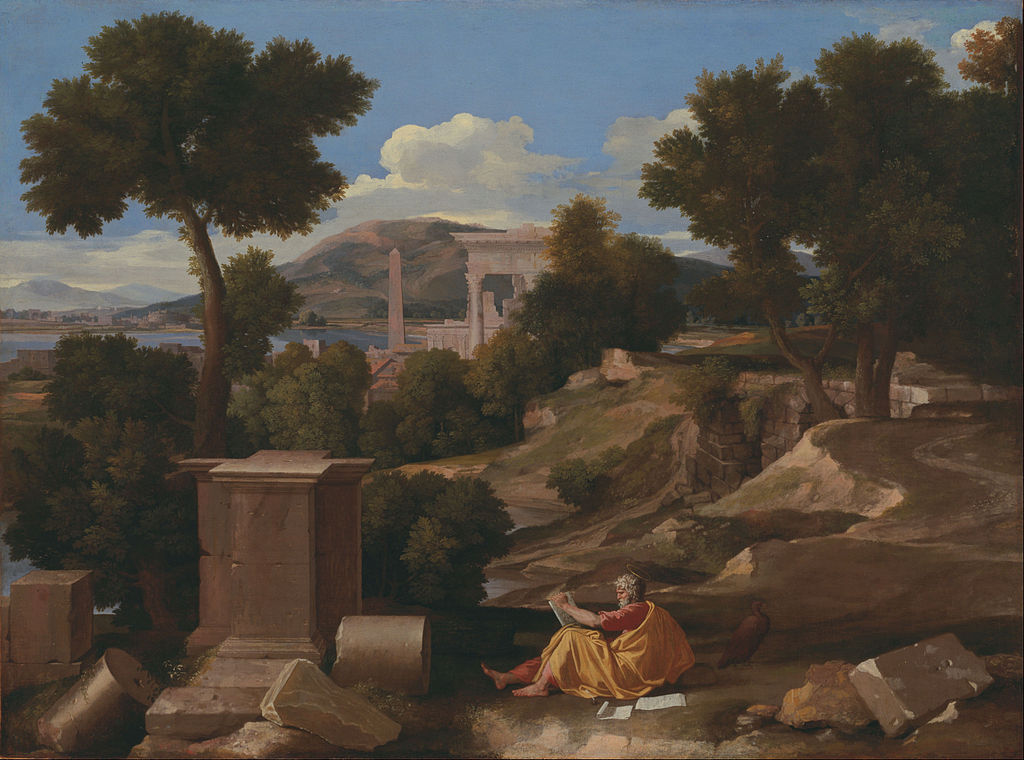 Matthew 24 and Revelation – Fulfilled in AD 70 or Future? Part 4

In part 3 we looked at how the sign of the gospel being preached in “all the world,” and to “every nation” and “creature under heaven” was fulfilled in Jesus’ contemporary “this generation” according to the inspired Apostle Paul (Cols. 1:5-6, 23; Rms. 10:18; Rms. 16:25-26).  This and how the sign of the Roman armies (“abomination”) surrounding Jerusalem and upon the land of Israel (a “holy place”) was the fulfillment of the abomination that made desolate Jerusalem in the events of AD 67 – AD 70.  These two signs did mark the “near” end of the old covenant age and coming of Christ upon the clouds through the Roman armies – as God had come upon the clouds in the OT through invading armies.

Now in part 4 we will see how the Great Tribulation and times of the Gentiles were also fulfilled exactly when Jesus predicted and are not dealing with contemporary events marking the end of world history.

Luke’s parallel account differs slightly on the great tribulation period as it does on the “abomination that causes desolation,” so let’s compare both and then look at the language of contemporary authors such as Josephus and the Dead Sea Scrolls:

Both Matthew and Luke’s accounts begin with “For…” which inseparably connects the tribulation/distress with their versions of the “desolation” of Jerusalem and her temple, along with the same exhortation to flee from Judea to the mountains (Mt. 24:16-21; Lk. 21:21-24).  This is the same historical flight the Christians obeyed when they saw the Roman armies surrounding Jerusalem and fled to Pella to escape God’s covenantal wrath upon Jerusalem.  History records the Romans under Cestius Gallus initially surrounding Jerusalem and then mysteriously retreating only to come back later under Vespasian and Titus.  In between these two periods the Christians escaped Jerusalem to Pella.

Josephus records that “many of the most eminent of the Jews swam away from the city.”[3] Similarly, the ecclesiastical historian Eusebius writes,

“The whole body, however, of the Church at Jerusalem, having been commanded by a divine revelation, given to men of approved piety there before the war, removed from the city, and dwelt at a certain town beyond the Jordan, called Pella. Here those that believed in Christ, having removed from Jerusalem, as if holy men had entirely abandoned the royal city itself, and the whole land of Judea; the divine justice, for their crimes against Christ and his Apostles finally overtook them, totally destroying the whole generation of these evildoers form the earth.”[4]

Luke also adds that the desolation and tribulation period would be God’s “wrath” upon “this people” (Jews) in their local “land” (not the globe!).  This is the same “wrath” that John the Baptist told the Pharisees was “about to” be unleashed upon them in their lifetimes (Mt. 3:7, 10-12 GNT).

Matthew, addressing a Jewish audience, adds some commonly known Hebraic hyperbole: “…such as has not been from the beginning of the world until now, no, and never will be” (Mt. 24:21).

Compare this language with:

Is there a contradiction in the Bible as to which king was the greatest in Israel and or had the most loyal heart for God – Solomon, Hezekiah or Josiah?  Or is this common Hebraic hyperbole to stress that these three kings were great within the history of Israel and loyal to God?  The latter is obviously the case.

And even more applicable is the common Hebraic hyperbole connected with historical judgments upon Jerusalem such as:

“And because of all your abominations I will do with you what I have never yet done, and the like of which I will never do again” (Ezek. 5:9).

This was referring to the “Day of the Lord” that was “near” in Ezekiel’s day when God came through Nebuchadnezzar’s armies (cf. 2 Kings 25; Ezek. 7:7; 33:21) to judge Jerusalem around 586 BC.  This historical judgment by the Babylonians can help us understand the Olivet Discourse:

1). The “Day of the Lord” judgment was manifested through an invading Gentile army (Babylonians).

2). These historical judgments were described as God figuratively coming on the clouds (cf. Ezek. 30-32).

4). The language of imminence concerning this judgment being “near” and “without delay” is interpreted literally in relationship to the lifetime of the prophet and his contemporaries (Ezek. 7:7ff. 12:25; 30:3).

5). The prophet uses common Hebraic hyperbole; this judgment was the worst in relation to Israel’s past and future (Ezek. 5:9).

This fits perfectly with Jesus’ teaching in the Olivet Discourse:

1). The judgment “Day” of the Lord would be manifested through an invading Gentile army (Romans).

2). This historical judgment was described as Christ figuratively coming upon the clouds.

3). The sun and moon would not give their light (de-creation language).

4). The language of imminence, such as “near” and “this generation,” is to be interpreted literally and referring to the fulfillment being within the lifetimes of the prophet’s contemporary audience.

5). The prophet uses common Hebraic hyperbole (this judgment was the worst in relation to Israel’s past and future).

Luke’s description also depicts the Jews falling by the sword of the Romans and being led captive.  Adam Clarke gives a good description of this fulfillment as documented by John Bray,

Many were also led away captives into all nations.  There were taken at Jotapa, 1,200.  At Tarichea, 6,000 chosen young men, who were sent to Nero; others sold to the number of 39,400, besides those who were given to Agrippa.  Of the Gadarenes were taken 2,200.  In Idumea above 1,000.  Many besides these were taken in Jerusalem; so that, as Josephus says, the number of the captives taken in the whole war amounted to 97,000.  Those above seventeen years of age were sent to the works in Egypt, but most were distributed through the Roman provinces, to be destroyed in their theatres by the sword, and by the wide beasts; and those under seventeen years of age were sold for slaves.”[5]

Pat Robertson interprets the “times of the Gentiles” as a sign that took place in 1967, marking out 40 years until the rapture must take place, i.e. 2007. Oops!

“The year 586 B.C. was the time that Nebuchadnezzar took over Jerusalem, and that condition lasted…until the Six Day War that took place not too long ago. When did it happen? 1967. …The Jews took over Jerusalem for the first time since Nebuchadnezzar took it. What is the significance of all this? …At this point of time, a clock began to tick. A generation is 40 years, and a clock began to tick that said there’s 40 years from 1967.”[6]

Here are some passages that will help us understand what Jesus means by the “times of the Gentiles” and “treading underfoot Jerusalem”:

Lamentations 1:15 [and the Targum referred to] is looking back at a past event [Babylon’s military desolation of Jerusalem in 586/587BC] as an “appointed time” when the Lord had “trodden” down Jerusalem like grapes crushed in a winepress in which her blood flowed and she was “shattered.”  This is talking about a very specific and limited time of military treading down of the city, not a protracted period of hundreds of years.  Babylon surrounded Jerusalem and the military campaign of treading her down lasted roughly 2-3 years (from 589 BC to 586/587BC).

Revelation 11 and Daniel 12 describe the trampling of Jerusalem by Rome (the 4th Gentile Empire in Dan. 2 and 7) as a period of 3 ½ years which would be a “complete shattering of the holy people.”  Therefore, when we compare Scripture with Scripture and honor this event to take place when Jerusalem would be “surrounded by armies” in Jesus’ contemporary generation, the 3 ½ year war (Dan. 9:26-27/12:7) between AD 67 – AD 70 is what Jesus prophesied about – nothing else, not 1967 nor any other event!

“…the measure of the land of Israel, and the common notion of it among the Jews, who make it to be the square of four hundred parsoe: hence they often speak of the land of Israel shaking and moving four hundred “parsoe”, upon some extraordinary occasions; and a “parsa” contained four miles, so that four hundred “parsoe” made a thousand and six hundred miles; and if miles and furlongs are the same, in which sense only the land of Israel could be so large, here is the exact space; for Jerom, who was an inhabitant of it, says, it was scarce 160 miles in length, to which agrees R. Menachem; and it may be observed, that the Arabic version renders the words, “by the space of a thousand and six hundred miles.”[7]

John Gill is also helpful in identifying the harvest “threshing floor” of the “judgment” or “wrath” John the Baptist prophesied of in Matthew 3:7-12 as encompassing the local land of Israel and not a global judgment.  First let’s look at the texts and then Gill’s comments of the “threshing floor”:

“And even now the ax is laid to the root of the trees. Therefore, every tree which does      not bear good fruit is cut down and thrown into the fire. I indeed baptize you with water           unto repentance, but He who is coming after me is mightier than I, whose sandals I am   not worthy to carry. He will baptize you with the Holy Spirit and fire. His winnowing     fan is in His hand, and He will thoroughly clean out His threshing floor, and gather           His wheat into the barn; but He will burn up the chaff with unquenchable fire.” (Matt.       3:10-12).

And again, Gill correctly identifys this harvest judgment coming “shortly” and to be poured out upon the land of Israel as His “threshing floor”:

The imminent harvest judgment/wrath that was coming upon the land of Israel Jesus prophesied in Luke 21 to be fulfilled in His contemporary generation is the same harvest judgment that was coming upon the land of Israel “shortly” in Revelation 14 and was the AD 70 imminent judgment that was “about to come” or “soon to come” predicted by John the Baptist in Matthew 3:7-12.  Scripture interprets itself and it is dishonorable to “go beyond” what Scripture teaches or to “add” to it with Futurist fictions or newspaper eschatology.

I should briefly point out that since Revelation is John’s version of the Olivet Discourse, the Romans surrounding Jerusalem leading up to the Roman / Jewish war that resulted in the destruction of the Temple and end of the old covenant age in the events of AD 67 – AD 70 is Jesus’ version of Armageddon or Gog and Magog found in Revelation.  The Roman armies consisted of the best fighting men from the other nations they conquered.  So, when they surrounded Jerusalem the then known “nations” of that world surrounded them.  We will examine this issue more when we begin our series in the book of Revelation.  But for now, it is important to point out this war is a PAST event, and that Israeli Zionism, Islam and Evangelical Zionism are anxious to self-fulfill it to usher in their messianic eschatological figures and enslave their enemies in a “paradise on earth.”  This is crucial to understand in that the New World Order is going to manipulate and implement a more conventional phase of WWIII between Islam and Israel and try and pull us into in order to further weaken us.  Zionist “Christians” need to wake the heck up and stop supporting modern Israel and it trying to self-fulfill this war so they can be “raptured.”  It’s all so unbiblical!

The Great Tribulation and wrath upon the land of Palestine which were inseparably connected with the “times of the Gentiles” are not global events let alone eschatological events in our near future.  And the “times of the Gentiles” is not a reference to a future salvation of the Gentiles of the world at a future coming of Christ, but rather in context, it is referring to the “days of vengeance” or the 3.5 years period in which the Gentiles (the Romans) would tread Jerusalem under their feet in judgment in the events of AD 67 – AD 70.  Stay thirsty my friends (Ps. 42:1) and I will see you on the flip side in part 5.

[6] Don K. Preston, The Times of the Gentiles?  Past-Present-Or What? https://donkpreston.com/the-times-of-the-gentiles-past-present-or-what/