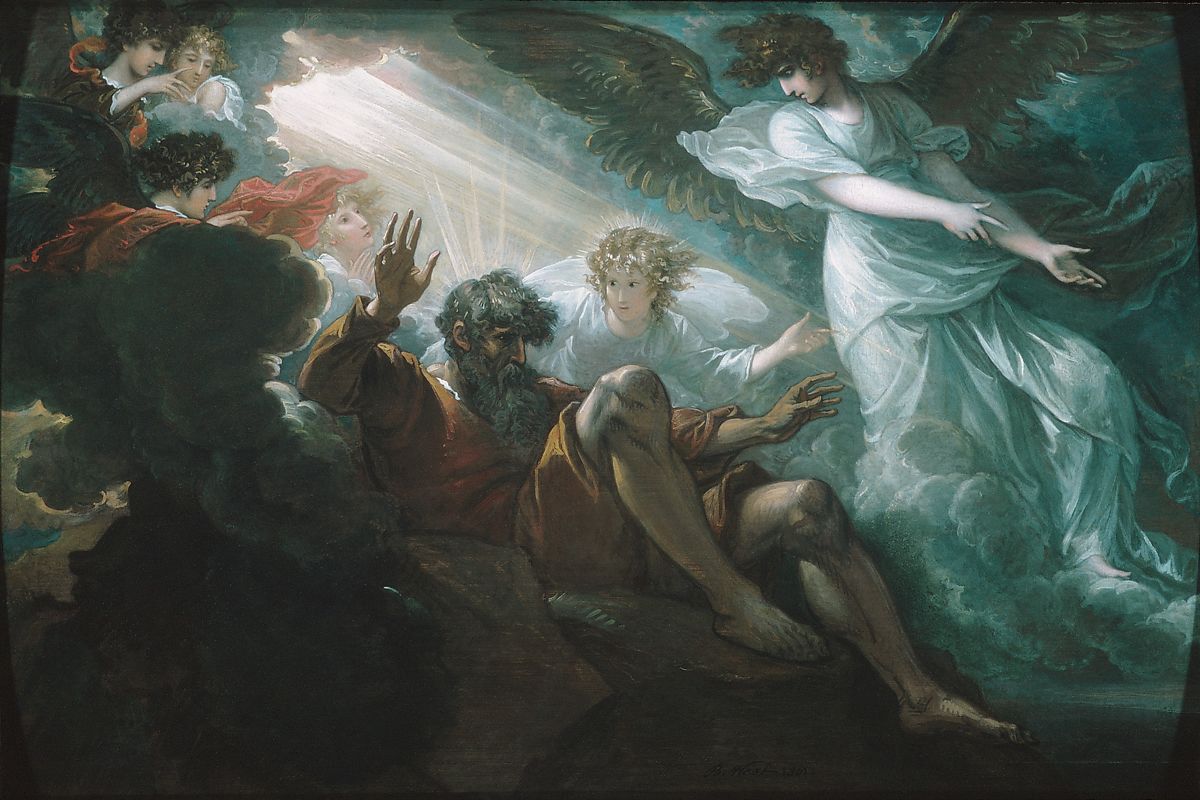 A Biblical Response to Varieties of Zionism – Part 1

In this series of articles, we will turn our attention to answering very important theological and political questions regarding modern Israel.  Is modern Israel Biblical Israel and does she have any prophetic significance today?  Should modern Jews be considered “God’s people” having some divine right to steal, kill and conquer in the middle east according to the OT and NT?  Were all of the “in the land” promises fulfilled in the OT and were they typological of being fulfilled spiritually “in Christ” today in the new covenant age?  Are most modern Jews today in Israel biologically related to Abraham?  And if modern Israel does not fulfill the land promises in the Bible, then when and how were these prophecies fulfilled?  Was 1948 a miraculous gathering of biblical Jews into land or simply an ungodly Talmudic Zionist Rothschild project?

We will begin this series by looking at the physical typological constituent elements that formed Israel’s old covenant world or “heavens and earth,” and how they pointed to the spiritual new covenant anti-types or true realities “in Christ.”

When God delivered the Hebrews out from the bondage of the Egyptians and established His covenant with them, He “established the heavens” and “laid the foundations of the earth” (Isa. 51:15-16).  Of Isaiah 51:15-16, The New Treasury of Scripture Knowledge accurately states:

“…‘Heaven’ and ‘earth’ are here put by symbolic language for a political universe. That is, that I might make those who were but scattered persons and slaves in Egypt before, a kingdom and polity, to be governed by their own laws and magistrates.”[1]

And probably the greatest Reformed and Puritan theologian of all time likewise agrees that the creation of the heavens and earth of Isaiah 51:15-16 is Israel’s old covenant world:

“Then we must consider in what sense men living in the world are said to be the ‘world,’ and the ‘heavens and earth’ of it. I shall only insist on one instance to this purpose, among the many that may be produced, Isa. 51. 15, 16.  The time when the work here mentioned, of planting the heavens and laying the foundation of the earth, was performed by God, was when he ‘divided the sea,’ verse 15, and gave the law, verse 16, and said to Zion, ‘Thou art my people,” – that is, when he took the children of Israel out of Egypt, and formed them in the wilderness into a church and state.  Then he planted the heavens, and laid the foundation of the earth, – made the new world; that is, brought forth order, and government, and beauty, from the confusion wherein before they were.  This is the planting of the heavens and laying the foundation of the earth in the world.”[2]

God’s covenant community became His special creation, world or heavens and earth.  But what constituent elements made up this world?  What did citizenship look like in her old covenant kingdom which was a type of the Messianic prophesied new covenant kingdom to come?

As one grew up being a citizen of the old covenant kingdom creation, his or her faith and worship were inseparably connected to residing in a physical promised land (Gen. 15:18-21).

I cannot stress enough the importance of the Jew understanding his covenant with God in connection with the temple, and the city of Jerusalem being a cosmos or “heavens and earth.”  Amillennialist scholar, G.K. Beale, correctly points this out, saying

The Jew understood his covenant, city, temple and land to be a heavens and earth filled with the light of Torah while the Gentile nations were outside the covenant relationship lost in outer darkness, needing to come in the gates of the city for conversion.  If a Gentile wanted to renounce his gods and follow Yahweh and become a citizen of old covenant Israel, he likewise would undergo a physical circumcision, baptism/washing and offer up sacrifices – after which time the Rabbis would pronounce him a “new creation” and he would then be a part of the “heavens and earth” of Israel.

Jesus chided Nicodemus for not knowing His Scriptures when He said that in order for one to be a part of His Kingdom he or she needed to be “born again”, “born from above” or “born of water even the Spirit” (John 3:2-10).  According to the OT and NT, did Jesus ever undergo a “firstborn” or type of born-again experience, and to what OT Scriptures could He have been exhorting Nicodemus on?

Christ’s resurrection is described as Him being the “firstborn” or “first fruits” from among the dead ones.  That is, while Christ was physically raised (as a “sign”), He was not the first to rise from physical death, but He was the first to overcome the spiritual death that came from Adam and the death the old covenant system could only magnify but not overcome.

In Acts 3 we learn that Israel had entered into her “last days” of Joel 1-3 in which the Spirit would be poured out.  In Ezekiel 36-37 we learn that at this time God would establish His new covenant with Israel by sprinkling clean water on her and giving her citizens a new heart.  That is, Israel would undergo an individual and corporate body new birth or resurrection.  When Jesus says to Nicodemus that he should have understood what He meant by him needing a new covenant birth by “water even the Spirit,” He is referring to the promise of Ezekiel 36-37.

Paul, both in Galatians and Colossians, is battling the Judaizers and their Gentile proselytes who were seeking to influence the Church.  He is concerned over the Christian Jews and particularly Gentiles who put their faith in Christ and does not want them to go back under the “bondage of the elements” of the old covenant world (Gal. 4:3, 9; Col. 2:8, 20).  The first Christian Gentiles were probably Gentile proselytes Paul had preached to in the synagogues.  They had been circumcised and were being placed under the elements of the old covenant world as were the Jews.

Paul taught that their “citizenship” was in heaven and that they were not to place their minds and hopes upon the things of the earth or, better translated, “land” (Col. 3:1-2, Greek ge) – as in the old covenant land of Palestine – as the Judaizers and their Gentile proselytes were doing.

Paul informs them that not only was their new covenant citizenship spiritual, but so was their circumcision and baptism that was necessary to become a citizen:

“In him (not “in the land” of the OC world) you were also circumcised. It was not a circumcision performed by human hands. But it was a removal of the corrupt nature in the circumcision performed by Christ. This happened when you were placed in the tomb with Christ through baptism/union/induction. In baptism you were also brought back to life with Christ through faith in the power of God, who brought him back to life” (Col. 2:11-13 GWT).

This is the “ONE” spiritual new covenant baptism,

Ephesians 4:4-6: “There is one body and one Spirit, according as also ye were called in one hope of your calling; one Lord, one faith, one baptism, one God and Father of all, who is over all, and through all, and in you all (Jew and Gentile),”

1 Corinthians 12:13:  “for also in one Spirit we all to one body were baptized, whether Jews or Greeks, whether servants or freemen, and all into one Spirit were made to drink,”

The parallels between the two passages should be clear enough:

Many simply cannot stop thinking about physical water when “baptism” is referred to.  But “baptism” can simply be referring to one who has believed or has been united/inducted into the doctrine and leadership of someone else such as Moses,

1 Corinthians 10:2:  “Moreover, brethren, I do not want you to be unaware that all our fathers were under the cloud, all passed through the sea, all were baptized/united/identified to Moses in the cloud and in the sea…

Matthew 28:19 (Syriac Version – oldest and most reliable): “Go ye and teach all nations, making them to stand fast in the name of the Father, Son and Holy Spirit.”

Of the baptism here in Matthew 28:19 Dr. Murdock writes,

“The Syrian Christians transferred this word (baptize) from a physical to a metaphorical   sense, or used it to denote a mental and not a bodily act.”

“…in the text under review, there is no naming of water…no command to use any      outward rite or type; but the promise of the true Baptizer immediately follows: ‘Lo, I am         with you always,’ etc.  Then they are told to ‘teach, baptizing’ (not teach and baptize as    two distinct things), which must mean, preaching only under the Divine influence, Holy     Spirit, the one Baptism shall accompany the word preached, carrying it to the souls of the         hearers with convicting power, ‘purifying their hearts by faith.’”

Through the gospel or teaching the word, the Apostles could grant or withhold “forgiveness” (Jn. 20:23).  The Apostle Paul could be “a light for the Gentiles” bringing “salvation to the end of the earth/land [of the Roman Empire]” (Acts 13:47).  The word preached gives us spiritual “birth” and “washing” of the heart and mind (Titus 3:5; Jms. 1:8).  For more on a spiritual view of new covenant baptism see the series by Dr. Kelly Birks entitled, “Where’s the Water?”[4]

In our series on responding to the un-Biblical and yet very zealous and religious Talmudic and Pre-millennial Zionists, we have begun to look at what were the constituent elements that made up the old covenant world or “heavens and earth” and then when that world/heavens and earth passed away in AD 70, what spiritual elements of the new covenant world/heavens and earth replaced it.  We can see that the old covenant world consisted of physical types and shadows focused on being “in the land” while the new covenant anti-types were spiritual and realized “in Christ.”  Having faith in Christ has produced a spiritual new covenant circumcision and baptism whereby our hearts have been set apart, washed, and made holy to serve our King!

In Part 2 we will look more at the land promises and see how they were all fulfilled in the OT and were typological of being “in Christ” and forming the new covenant “Israel of God” “New Jerusalem” – the Church.  Stay thirsty my friend (Ps. 42) and I’ll see you in Part 2.

[3] G.K. Beale, The Temple and the Church’s Mission A biblical theology of the dwelling place of God, (Downers Grove, Illinois: Inter Varsity Press, 2004), 25