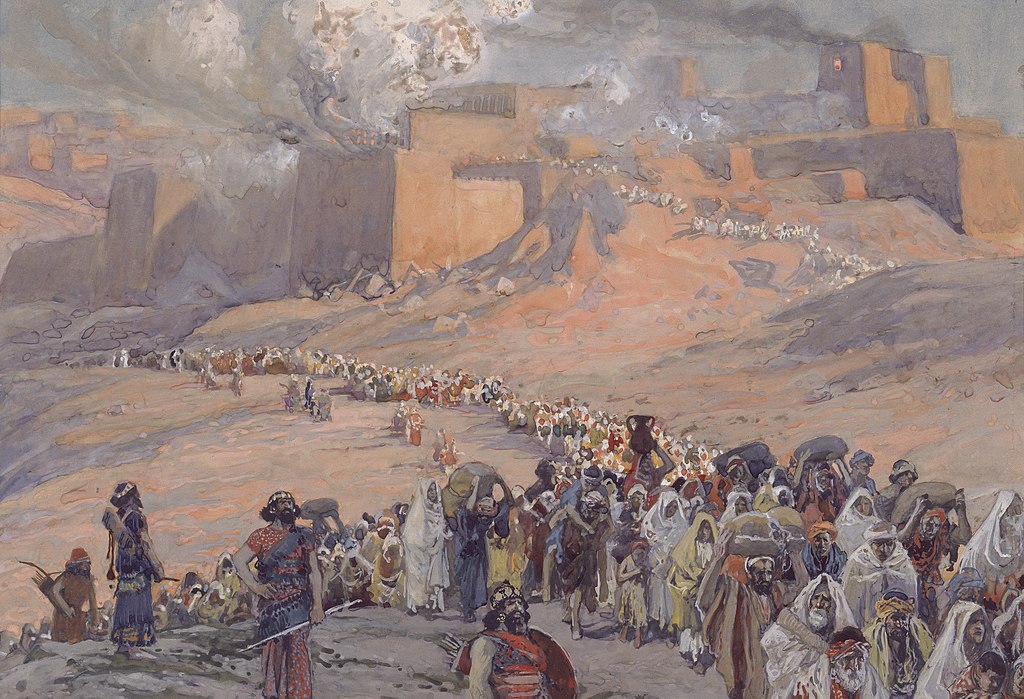 Matthew 24 and Revelation – Fulfilled in AD 70 or Future? Part 5

In part 5 we now begin venturing out in disagreements between Partial and Full Preterists.  After all, if Christ did “fulfill all that is written” in the OT concerning the Second Coming (Dan. 7:13); the judgment and resurrection of the dead (Dan. 12:1-7; Isa. 25:6-9) and the passing of the old and arrival of the New Creation (Isa. 65-66), we must ask how many of these fulfillments does the OT and NT teach are to be fulfilled?  We will get into more of these disagreements once we get into Matthew 24:31, 35-36 and into Matthew 25.  But for now, let’s begin addressing how Jesus fulfilled all OT prophecy in His generation and if the Olivet Discourse has double or multiple fulfillments.

Some of our Partial Preterist Reformed opponents have attempted to argue that Jesus is only referring to “all” OT prophecies concerning the fall of Jerusalem and not His Second Coming, end of the age, resurrection, etc…. They appeal to Luke 18:31, where Jesus says that when He and His disciples go up to Jerusalem (in about AD 30), “all things that are written by the prophets concerning the Son of Man will be accomplished.”  They argue that since the Second Coming did not occur at that time, it follows that when Jesus says in Luke 21:22 that “all things written” will be fulfilled when Jerusalem is destroyed in AD 70, He is referring only to prophetic predictions that concerned the destruction of Jerusalem and not to all eschatological prophecy in general.

Of course, no one disagrees with the observation that the context of Luke 18:31 limits “all things written” to prophetic material pertaining to Jesus’ passion.  But Partial Preterists assume what they need to prove when they assume that Christ’s coming in Luke 21:27-28 was only “a” coming and was not the “actual Second Coming” which fulfills all prophecy in general.  Reformed Partial Preterists, such as Keith A. Mathison and Gary DeMar, are having a hard time convincing anyone that Christ’s coming in the Olivet Discourse is not His Second Coming event.

Luke here also varies from Matthew’s account in that he adds that the events of AD 67 – AD 70 would be the fulfillment of “all that is written” in the OT, while Matthew teaches the abomination of desolation is the fulfillment of Daniel 9:24-27 and Daniel 12:1-7.  These are easily harmonized since these two sections of Daniel encapsulate in a nutshell pretty much all of the end of the age eschatological events predicted in the rest of the OT:

Since it is agreed upon that the book of Revelation is John’s version of the Olivet Discourse and that it has more references to OT prophecies than any other NT document, is it in line with Jesus’ teaching that “all that is written” in the OT would be fulfilled by AD 70?

In the book of Revelation, it is said from the beginning to the end (Rev. 1:1; 22:6–7, 10–12, 20) that the prophecy of this book (not prophecies of books) would be fulfilled “shortly.”  Those soon-to-be-fulfilled prophecies included the Second Coming, the resurrection of the living and the dead, the judgment, the passing of the first heavens and earth and the arrival of the new heavens and the new earth—in other words, literally “all things written.”

In Revelation 10:6-7 we learn that there would be “no more delay” to the blowing of the seventh trumpet (the last trumpet) ushering in the maturing and fulfilling of the mystery of God as predicted by “His servants and the prophets.”  Paul identifies this “mystery” as the Jew/Gentile, one new covenant body (cf. Eph. 3), of which he proclaimed was predicted in the “prophetic writings” (or OT Scriptures).   Therefore, Revelation is consistent with Jesus in Luke 21:22 in that “all” that had been written in the OT prophetic Scriptures would be imminently fulfilled by AD 70.

Paul in 1 Corinthians 10:11 is also in line with Jesus’ teaching.  Here he tells his first-century audience, “Now all these things happened to them as examples [types], and they were written for our admonition, upon whom the ends of the ages have come.”  As stated earlier, Jesus’ and Paul’s audience understood the phrase “this age” to be a reference to the old covenant age, and the “age to come” as a reference to the Messianic or new covenant age.  They also understood that under the umbrella of the old covenant “age” (singular) there were various “ages” (plural), or covenants.  The covenant that God made with David is an example of this and yet being within the promises of the old covenant age.  Thus, when the old covenant age was consummated, it was then that all of Israel’s “ages,” as contained in “the Law and the Prophets” (“all things written”), were consummated.

Peter’s eschatology is in line with that of Jesus, John, and Paul.  Per Peter, his contemporaries were living in Israel’s “last days”, “crooked and perverse generation” that Moses said would witness the “near” end of Israel, and that is why Peter said, “the end of all things is near” (Deut. 32=Acts 2:40=1 Pet. 4:5-7; 2 Pet. 3).  Peter is very clear in telling his contemporaries that all the OT prophets spoke of a fulfillment and eschatological “inheritance” which was “ready to be revealed” for them at an “at hand” resurrection and judgment event (1 Peter 1:4-12; 4:5-7, 17).

What about a Double Fulfillment of the Olivet Discourse?

But this principle in no way implies or leads to the notion that New Testament prophecies, which are fulfilled in Christ, will be fulfilled multiple times over potentially millions of years of time. The fact that the Old Testament was “typical” and “shadowy” in no way suggests that the New Testament is of the same pre-Messianic character. The cross of Christ will not be fulfilled multiple times until the end of human history, and neither will Christ’s Second Coming (Heb. 9:26–28).

Ken Gentry, who is a Partial Preterist, teaches that the time texts of the New Testament “demand” a fulfillment in AD 70, and that the theory of “double fulfilling” the book of Revelation, for example, is “pure theological assertion” that has “no exegetical warrant.”[1]

The fulfillment that has been wrought in Christ is no piecemeal fulfillment that has remained a “yes and no” fulfillment/non-fulfillment for 2,000 years, as futurists such as Mathison imagine. The Law of Moses does not remain “imposed” as it did between the Cross and the Parousia (Heb. 9:10, NASB).  Rather, Christ returned, and the old covenant vanished in His presence 40 years after His cross (Heb. 8:13).  If He did not return, and if the dead were not raised in Him, then the old covenant never vanished and we are still in our sins. This is the inevitable implication of denying that literally “all things written” are fulfilled in Christ today.

While I agree with the Partial Preterist comments on the Olivet Discourse and the book of Revelation not being “double fulfilled,” I disagree with these men that the coming of Christ in Revelation 1:7 and Matthew 24:27-31 “is not the actual Second Coming event.”  I would agree with them that these texts describe Christ coming spiritually and imminently in the events of AD 70 while also agreeing with most Christians that see these texts as the Second Coming event.  If both of these views on these texts are “orthodox” (straight and true) then this leads us in the direction of Full Preterism as I argued in my co-authored book, House Divided Bridging the Gap in Reformed Eschatology A Preterist Response to When Shall These Things Be?

NT eschatology is not new; it is the fulfillment of all that is written in the OT, and Jesus places that fulfillment to be imminently fulfilled in His contemporary generation, as do all of the other NT writers.

The OT did not prophesy that when Messiah showed up there would be two end of the age(s) connected with two cloud comings of Messiah, two last days, two judgments and resurrections of the living and dead, two de-creations / new creations, etc.

Jesus’ words are very clear in that “all” OT prophecy would be fulfilled within His contemporary generation.  This to me is not only the death blow to Premillennial Dispensationalism and Amillennialism, but the beginning of the end of Partial Preterism in their interpretive abuses of the Olivet Discourse as well.

“The OT is the NT concealed and the NT is the OT revealed.”  The NT is not coming up with brand new eschatological promises separated from the OT.  Rather it is pointing out how those OT prophecies concerning the coming of the Son of Man upon the clouds, the judgment and resurrection of the dead and arrival of the new creation were genuinely “about to be” fulfilled in the events of AD 67 – AD 70.  I realize that at this point in the series these concepts may be difficult to accept.  But please be patient as I will address them one by one as we continue in this series – especially as we address Matthew 24:31, 35, and Matthew 25:31-46.  Don’t give up or listen to the haters – be prayerful and stay focused with me with an open Bible and open mind.  That’s all I ask.  Stay thirsty my friend (Ps. 42:1) and I’ll see you in part 6.

[2] Gary DeMar, The Olivet Discourse: The Test of Truth, http://www.americanvision.org/blog/?p=190).