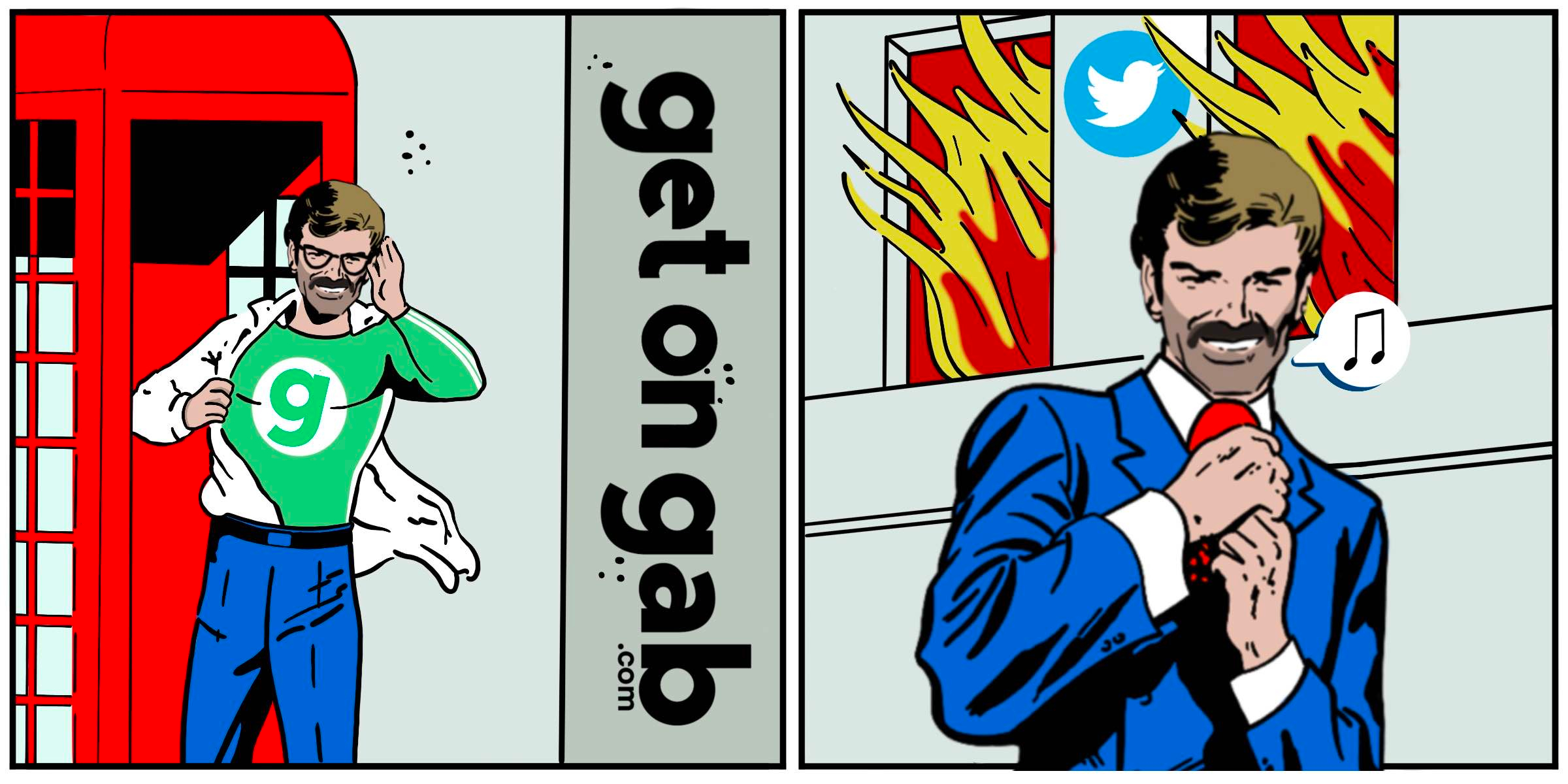 Joe Rogan Gets on Gab

This weekend it came to my attention that Joe Rogan spent four minutes exploring Gab’s front page and talking about our community to his massive audience on the biggest podcast in the world. Gab was already having an explosive week after Twitter decided to ban thousands of young Christian men from their website, but this was a nice cherry on top as tens of thousands of Rogan’s listeners signed up for Gab. You can watch the full exchange here on Gab TV.

The discussion started when Joe mentioned that Twitter leans incredibly far-left. Inevitably, the discussion of alternative platforms came up and once that happened it was impossible for Gab not to enter the conversation. “Join Gab and talk to Nazis, what are we going to do?” suggested Joe, parroting the mainstream media talking points about our community of 20 million people. He then quickly corrected himself by admitting that he has never actually been on Gab “I say Gab you talk to Nazis but I don’t really know I haven’t really been there that’s just the narrative.”

The reality is the Establishment knows they can’t control Gab and so their only course of action is to attack, defame, smear, and destroy Gab by any means necessary. The “Nazi boogieman” smear works on the gullible people from both sides of the isle who don’t think for themselves, so that’s the narrative they run with and have run with for over five years now.

Yet despite this defamatory attack Gab continues to grow. Despite several attempts the the Establishment right to subvert the work Gab is doing by coming out with their own “free speech” apps (that happen to ban “hate speech” just like Big Tech does,) Gab continues to outpace them all and leave them in the dust. There is little question that Gab is the leading alternative technology platform in the world and the only true free speech platform in the world.

So after this realization Rogan decided to actually visit Gab and explore the site live on the show. He spent the next three minutes scrolling through a bunch of posts on Gab and to his surprise he didn’t find any “Nazis.” Instead he found people questioning the Covid narrative, people posting political memes that would get you banned on Facebook, and a post from sitting US Congressman Paul Gosar.

Joe then suggested that Gabbers must be “Russians,” once again parroting the Establishment Regime talking points that anyone who possibly dissents against the machine is a “Russian bot.” I can assure you Joe that Gabbers are very real people who are fed up with Establishment gatekeepers at Facebook, Twitter, and YouTube. Gab is the fastest growing website on the internet and one of the top 1500 websites in the world out of billions. Our growth isn’t slowing down anytime soon, especially as election season starts to heat up in 2022.

This is probably the tenth time that Joe Rogan has brought up Gab on his show, and yet despite sending me a private message on Twitter a few years ago claiming that he was interested in having me on nothing ever came to fruition.

One thing I’ve noticed is that Rogan has no problem bringing on people from other religions, especially Jewish commentators like Ben Shapiro who has been on the show multiple times, but for the life of me I can’t recall any serious Christian thinker who has ever been on his show.

Ben Shapiro is allowed to go on Joe Rogan’s show to promote heretical nonsense about our Lord and Savior. As is Richard Dawkins. Christians don’t bat an eye with things like this and continue to support both Shapiro and Rogan, including monetarily, which blows my mind.

Until we stop rewarding people who promote the hatred of our Lord and Savior we can’t expect to make any advances in the culture, in politics, or even in our local communities. We will continue to be walked all over by society, a society which itself is built on the foundation of Christendom and Jesus Christ, until we stop promoting, elevating, and funding people like this. Jesus did not call on us to be doormats. He called on us to take dominion and make disciples of all nations in His name. We can’t do that if people like Joe Rogan and Ben Shapiro are the gatekeepers of discussion in our culture.

Rogan himself regularly rants and raves about Christianity with his guests, but never has Christian thinkers or theologians on to discuss and defend the faith. That leaves them doing so on their own channels as Doug Wilson recently did. I guess Kanye West is the closest thing Christians have had to being able to defend ourselves, our faith, and our Savior on Joe Rogan’s show, but let’s be honest Kayne is not a theologian nor would he claim to be.

I obviously realize that I’m not entitled to a platform on Joe Rogan’s show, although it would be nice to defend myself, Gab, and Jesus Christ being that we are all regular topics of discussion for Joe and his guests. The reality is I don’t even need to go on the show. This blog post alone will reach tens of millions of people. Perhaps more people than if I was on the show itself. That’s the impact and reach of Gab and that impact and reach is only growing stronger by the day. Praise God for that.