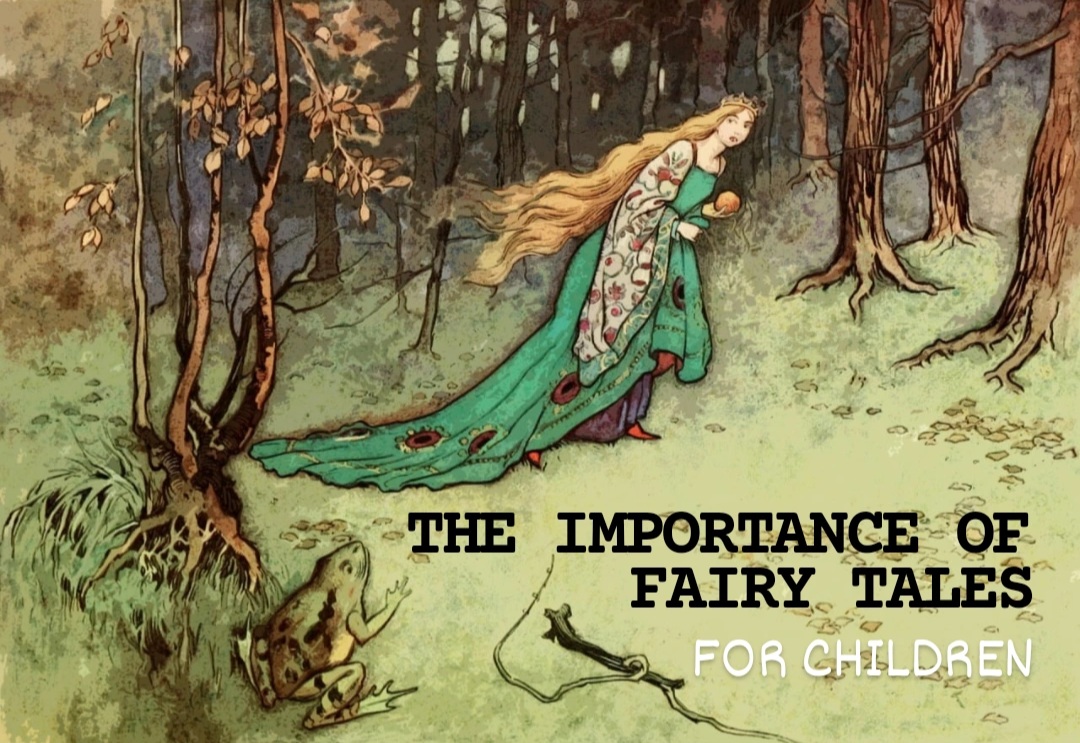 The Thread of Ethics

A fairy tale is much more than a mere fantasy told to children for entertainment. A fairy tale usually provides a moral, an ethical significance or teaching, wrapped neatly into the whimsical plot. The fairy tale embodies the adage for good fiction “show, don’t tell” with regards to its moral underpinnings; a fairy tale is not a lecture, but an illustration. As Chesterton points out, the backbone of a fairy tale is its ethical structure:

“If you happen to read fairy tales, you will observe that one idea runs from one end of them to the other – the idea that peace and happiness can only exist on some condition. This idea, which is the core of ethics, is the core of the nursery-tales.”

The genius of Chesterton’s insight is that it not only identifies the core of the fairy tale (in its ethical thread) but that it simultaneously exposes the heart of ethics as a conditional proposition. Good can only last so long as we don’t do evil. Sleeping Beauty can only awake and return to happiness if she receives a kiss from the prince. The miller’s daughter can only retrieve her child if she guesses the name of Rumpelstiltskin. The foolishness of the emperor’s new “clothes” is recognized if but one person speaks honestly. Thus, as Chesterton pointed out, all of ethics hinges on the the simple word if, and it is this word which is so central to the fairy tale and to an understanding of ethical behavior.

Fairy tales thus model the virtues or shun the vices for the benefit of an impressionable child. They act as mirrors with which a child may see himself or herself. Often, children will imitate story characters in “pretend” play. They then play-act virtue (or vice if that is what is manifest) and through this come to recognize virtue and vice in the broader world, in real life. In this way children learn universal ethical responses to be applied in diverse situations.

Beyond their morals, fairy tales are wholesome in themselves. In his Politics, Aristotle wrote that children should be kept as “strangers to all that is bad” and should not witness profanity or shameful things. Some might think this sanitation of children’s stories harmful for their development in a world where profanity and shameful things exist. The modern philosophy appears to be that children should be exposed to all the evils of the world as soon as possible. However, even as an adult I prefer not to be exposed to such evils, for these evils affect adults and children alike. For example, profanity degrades the minds of both children and adults. Then, we ask, why bother with putting such things in children’s stories? Fairy tales are (for all that I’ve ever read) free from such contamination and present wholesome stories for children to know and love without ignoring the reality of evil.

A Lens to the World

Though not much of a storyteller himself, Aristotle knew well the importance of the story and its role in education. The great philosopher recognized the powerful impact a story could have in the shaping of the youth, as he expressed in his famous work Politics:

“The Directors of Education, as they are termed, should be careful what tales or stories the children hear, for all such things are designed to prepare the way for the business of later life…”

At first reading, it’s tempting to interpret Aristotle’s words as relegating stories to mere methods of preparing students for future life, but this is not the point. Rather, Aristotle is describing how impactful stories are to children. Stories are such powerful forces as to shape the very futures of these children, and educators should be wary of a story’s power.

Children’s stories are in many ways the ultimate battleground for politics, fought by adults over the youth. The youth is the future; this fact is recognized well by those who look beyond the mere four year cycle of the presidency. Changing an adult’s mind on a long-held belief is difficult, but a child is a fresh slate with little innate political opinion. Hence, children fall in the crosshairs of political activists who, believing they are advancing a good, work hard to write their misguided values into their children’s tales. In these hyper-political times, politicized works are wielded by big publishers, media, schools, and even public institutions as weapons of indoctrination, often teaching children ideas contrary to those of the parents. Such hijacking of children’s minds is an affront to the dignity of those persons.

Putting the political aspect of stories aside, some concepts are universal. Alfred Hitchcock, the “Master of Suspense”, knew fear to be an integral part of the human condition. He recognized that while the object of fear varies, the fear itself is a constant:

“Fear isn’t so difficult to understand. After all, weren’t we all frightened as children? Nothing has changed since Little Red Riding Hood faced the big bad wolf. What frightens us today is exactly the same sort of thing that frightened us yesterday. It’s just a different wolf. This fright complex is rooted in every individual.”

Hitchcocks’ reference to Little Red Riding Hood acts as the anchor for a common understanding of fear, as this story captures the essence of the idea of fear in way everyone can understand. Fairy tales distill aspects of our world down to their simple cores.

The fairy tale provides a model of the world beyond us, serving as a lens through which we understand everything. The fairy tale tells a child the story behind the real world, the plot behind the seemingly mundane, the great story of life retold with sprinklings of magic and fantasy. Chesterton is perhaps the single greatest champion of fairy tales, though he is often harmlessly misquoted on the subject. In his work Tremendous Trifles, Chesterton exposed what value the fairy tale offers to a child.

The point of the fairy tale is not merely to point out what is wrong in the world (the “bogey”), but ultimately that good will win out over evil. Moreover, we can play an integral role in that victory, we can be or ally ourselves to the St. George who defeats the evil. Such stories instill an unquenchable hope – a hope necessary to fuel courage in an ever more cowardice world.

A nurse at a hospital once referred to the fear of a newborn separated from his mother as recalling some ancestral fear of “the lion”, but it might as well be a “bogey”. J.R.R. Tolkien, a self-described student of Chesterton, echoed his predecessor’s point:

“[The fairy-tale] does not deny the existence of dyscatastrophe, of sorrow and failure: the possibility of these is necessary to the joy of deliverance; it denies (in the face of much evidence, if you will) universal final defeat and in so far is evangelium, giving a fleeting glimpse of Joy, Joy beyond the walls of the world, poignant as grief.”

Both Chesterton and Tolkien point out that fairy tales are not made to simply inform a child of what things exist in the wide world -their job is not to prepare them in a vocational sense for dealing with the degradations of their environment. Rather, fairy tales give them a glimpse of hope, at their core providing a religious framework with which to inspire. From such inspiration comes the desires to do good, to be courageous, to sacrifice, and to rest in the the knowledge that they can “live happily ever after.”

Lastly, fairy tales inspire imagination in children. Reading about fantastic creatures and places challenges a child to think of things beyond their own environment, to wonder at things yet unknown to them, to remind them that there is yet much to learn about the larger universe. As mentioned earlier, children enjoy taking on the personas of characters they read about.

A likely apocryphal yet nonetheless irresistible story has Albert Einstein, when asked by a mother what a child should read to become an intelligent scientist, respond with “fairy tales and more fairy tales”, adding that “creative imagination is the essential element in the intellectual equipment of the true scientist, and that fairy tales are the childhood stimulus of this quality!”.

Hence, in reading fairy tales, a child’s mind is freed to roam in places far away, or those that never existed at all. One of my favorite poems that my children now recite is the following, which captures well what a good book, especially a fairy tale, is to a young mind.

A book, I think, is very like
A little golden door
That takes me into places
Where I’ve never been before.

It leads me into fairyland
Or countries strange and far
And, best of all, the golden door
Always stands ajar.

Thus, fairytales are much more than ridiculous accounts of oversized beanstalks, wicked witches, and bumbling dwarves. These stories distill ethical principles down to simple, memorable examples. Simultaneously, fairy tales, while presenting a technicolor world, point out eternal truths about the real world, e.g. that the world is full and danger and evil but ultimately conquered by what is good. Lastly, the fairy tale inspires imagination and trains our minds to wander beyond their borders to invent new ideas. Eventually, our children grow up and no longer read fairy tales. I hope that they will no longer read fairy tales not because they no longer love stories, but because they are living their own.

ThinkingWest aims to revive the “Great Conversation” in our digital age through promoting the study of the great books of the western world, classical approaches to education, and through thoughtful commentary on current events, history, philosophy, culture, education, and religion.

We strive first and foremost to spark an appreciation for the values that built the West. Our content strives for depth and meaning in an era plagued by six second attention spans and clickbait headlines. We challenge ourselves and our readers to read, reflect, and speak out on ideas that matter.