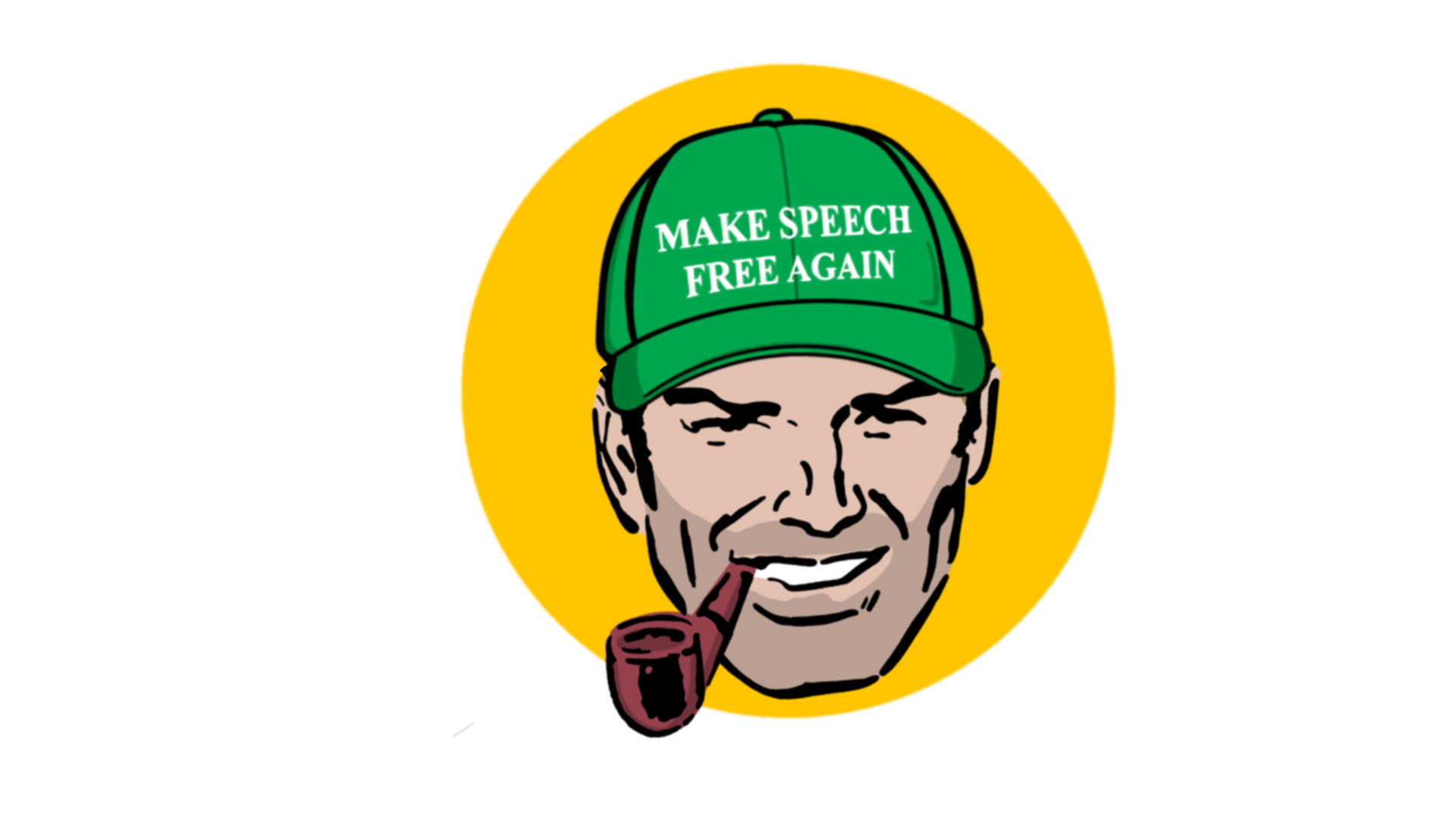 Early last week a “journalist” from the Washington Post, a propaganda arm of billionaire Amazon CEO Jeff Bezos, reached out to me for comment on the Russian Hoax 2.0 narrative that is currently being seeded by the mainstream media. Somehow I had missed this email earlier in the week, but I decided to reply to it this morning anyway to see if I could goad him into writing about us.

I have already previously written about the two fake news post-election narratives being seeded by the mainstream media right now. The first is Russian Hoax 2.0. These morons actually believe that a handful of accounts on Gab that happen to be allegedly run by “Russians” are going to somehow impact the election. This is almost as absurd as them believing that $100,000 in Facebook ads somehow changed the course of the 2016 election.

The second emerging fake news narrative is that social media platforms didn’t do enough to censor the supporters of President Trump both before, during, and after the election. You can read more about this budding bogus narrative here.

There is one thing you need to understand about mainstream media peons: they have very fragile egos. In their feeble peabrain minds they naively believe that they still have some iota of influence over people who matter. It’s very easy to poke at these fragile egos and get them to cover you and your business with free advertising even if you respond six days after they reach out for comment.

So that’s exactly what I did.

Please enjoy reading the exchange below with The Washington Post.

Good morning Mr. Torba. I’m sure you saw the Reuters story this morning about a Russian influence operation, identified by the FBI, underway on several social media platforms, including Gab.
https://www.reuters.com/article/usa-election-russia-disinformation-idUSKBN26M5OP

Is Gab planning to take action against these accounts identified as part of the Russian operation? Why or why not?Thanks.
best, Craig

We are not going to take any action against a handful of “Russian” Gab accounts that simply share blog posts with opinion and news pieces. In the same light, we also wouldn’t ban the Washington Post even though it is used as a political propaganda arm by Jeff Bezos.

What is more concerning to us is the lack of coverage about the CCP’s investments and influence in media, technology, and gaming companies. That’s where the real foreign influence and national security threat is.

I noticed you also covered the banning of QAnon from Facebook. We’ve had tens of thousands of people join Gab as a result of Big Tech banning QAnon accounts over the past quarter. We are happy to welcome these very fine people to speak freely on Gab:
https://news.gab.com/2020/10/06/gab-welcomes-qanon-across-its-platforms-wwg1wga/

Gab will also not be editorializing user content leading up to and after the election.

Information will flow freely on Gab.

Please reach out if you have any other questions over the next few weeks.

As expected, this response really angered Craig and got under his skin. I know this because he instantly got to work writing an article that was supposed to be written a week ago when he originally emailed me looking for comment. He also went out of his way to refer to our neutral technology platform, something that can’t hold a political ideology, as “far-right Gab.”

Anyway, that’s how “journalism” works for Craig: poke his ego and get him to advertise your business for free. Unfortunately for Craig more people will read this blog post, which is about to be emailed to hundreds of thousands of people, than will read his not-so-Pulitzer-worthy “reporting.”

Be sure to share this post with a friend, and remember to get on Gab.com and speak freely!