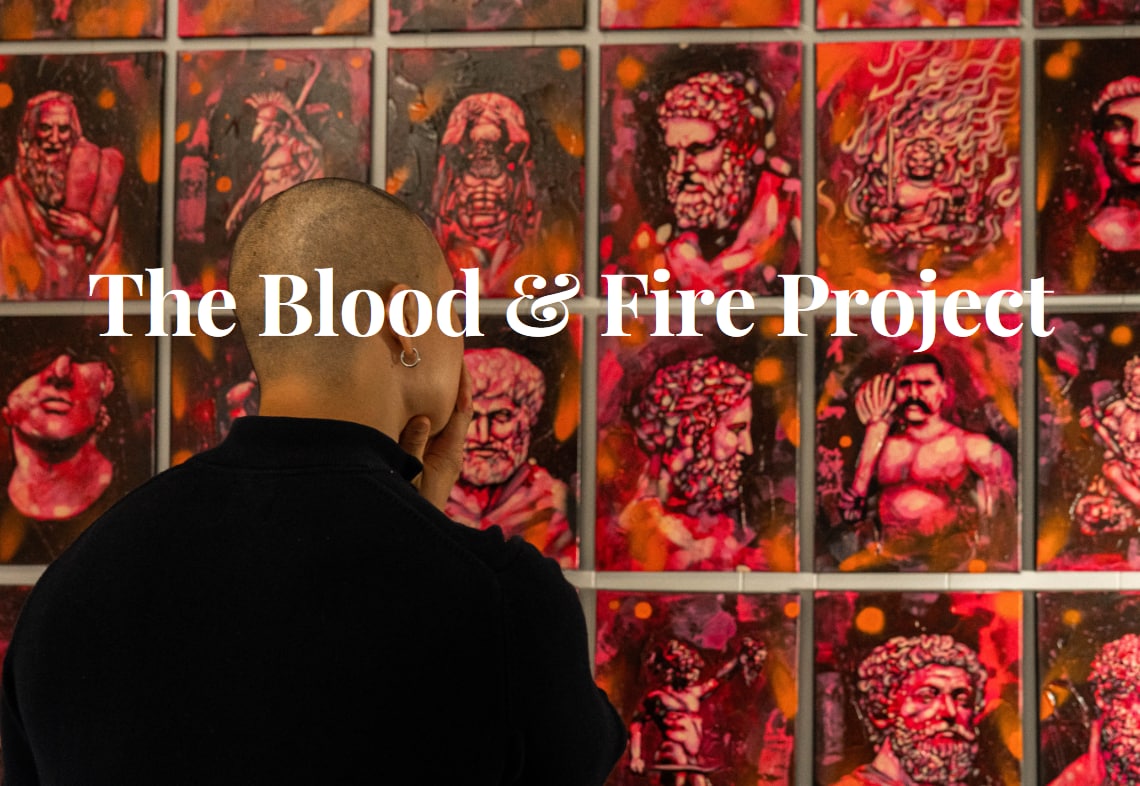 Masculinity will Save the World

We’ve all heard and repeated the mantra ad nauseam that, “politics is downstream from culture.”

It’s true, the Right fallaciously defined its investment solely based on the ROI in one’s bank account through the lens of one-dimensional capitalism. In turn, leaving all creative industries abandoned where we find faith-based and conservative artists in the middle of the desert with no home. The radicals swarmed in with their patronage and now control the dreamscapes of your progeny through their aesthetic stranglehold of the arts and entertainment. And so, we have widespread liberalism and atheism brainwashing generations ahead of us in all creative spaces. It’s time we start becoming active participants as either talent, collector, or patron. Every art gallery you visit in New York City, much like every church in the city, has either a Black Lives Matter or LGBTQ rainbow flag for a reason – in other words, “If you ain’t with us, you’re against us.”

And upon deeper introspection… All of this chaos: from the welfare state breaking down the nuclear family to the grotesque assaults and property damages displayed during these so-called protests or to the shameless identity-oriented hatred of white Americans in a country that is 75% Caucasian. All of this is only possible only because masculinity has been silenced in conjunction with the perilous state of the American church. Just think about the last time you’ve seen an unapologetic masculine figure in the dominant narrative who’s taken the culture by storm.

I’m not saying I agree with all of these men in a single wholesale write-off, that would be flippant, I am however stating that these men are a phenomenon in the first place because the West is starving for honorable and traditional masculinity.

In its absence, we have overcompensating and stereotypical bullies or fragile little snowflakes afraid of confrontation.

The matriarchy, or matrix, can only succeed when strong men are quiet.

As Arthur Schlesinger Jr. wrote in Esquire on November 1, 1958 – what we have here is The Crisis of American Masculinity. Even as far back as three generations, we reveal the vilification of men embracing their maleness as more of a problem than a natural God-given right. While they do not use disparaging terminology we hear today like “toxic masculinity” or the patriarchy, the language of the article exhibits a generation of men who feel self-conscious about their conception of masculinity.

For example, I’ve stated on stages across the country a dozen times that the appeal of hip-hop is rooted in the egregious single motherhood rate, especially in the black community. And the freedom to be hyper-masculine in the absence of a balanced example at home is the allure young men have to the thick gold chains, prostitutes, and face tattoos.

Competitive video games, Donald Trump, and gangster rap all share the desire to swing the pendulum as far as possible in the other direction in a culture that penalizes any semblance of masculinity in the public square.

Growing up watching films with my father in the evenings such as Indiana Jones, Braveheart, and Shawshank Redemption was both entertaining and educational. You were being shown that Good ultimately triumphs over evil with bravery and discipline. You were shown that effeminacy in men predisposed their destinies to weakness and failure. Fast forward to today where every sitcom dad is depicted as a blathering idiot who consistently trips on his shoelaces only to be graciously corrected by his all-seeing and compassionate wife.

Look at Homer Simpson or Phil Dunphy, then look at our movie titles – She-Hulk, The Woman King, and Suffragette. Outside of film we have normalized terminology such as toxic masculinity and the patriarchy on college campuses. The reason Matt Walsh’s documentary “What is a Woman?” went viral in the first place is due to masculinity being shoved so far into the corner and a collective recognition that there is a strategic effort to debase and target all the trappings of classical masculinity here in the West.

What we need, is some masculine art.

The Blood & Fire Project is a mission-oriented art series devoted to spreading the aesthetic appreciation of masculinity. An ongoing painting series depicting the rise and fall of men throughout history rendered in fiery tones to promote awareness of the sacrifice that undergirds the very culture we take advantage of. Masculinity needs to be revitalized both in and out of the arts, with its rise means a stronger church and country. And it starts in your home. The objective of this painting series is to get men all over the country to install an original 11 x 14” artwork that represents a wholesome and benevolent representation of masculinity.

The Blood & Fire Project is a reminder to endure all things in the light of God and to protect your values by never being silenced because of your masculinity. We have martyrs, church fathers, warriors, philosophers, and iconic men of the West reminding you that your masculinity is not meant to be hidden, it’s not mansplaining or “manspreading”.

It is self-mastery and the overcoming of adversity, it is catharsis and it is liberation.
Get yourself armed, be an example, collect some art, and be masculine.

This article originally appeared on the Substack of Arthur Kwon Lee

Arthur Kwon Lee is a classically trained fine artist who was awarded International Artist of the Year in 2020 only to be blacklisted six months later by the New York City art industry for his outward Christian and conservative stance. Arthur is most known for promulgating both positive masculinity and aesthetic reverence for Christendom. He is the founder of the Genesis Council, an art collective dedicated to spreading the Good, the True and the Beautiful. Arthur is currently working on a mission-oriented painting series titled the Blood & Fire Project, dedicated to spreading honorable and wholesome masculinity through the arts into the homes of freedom loving Americans.