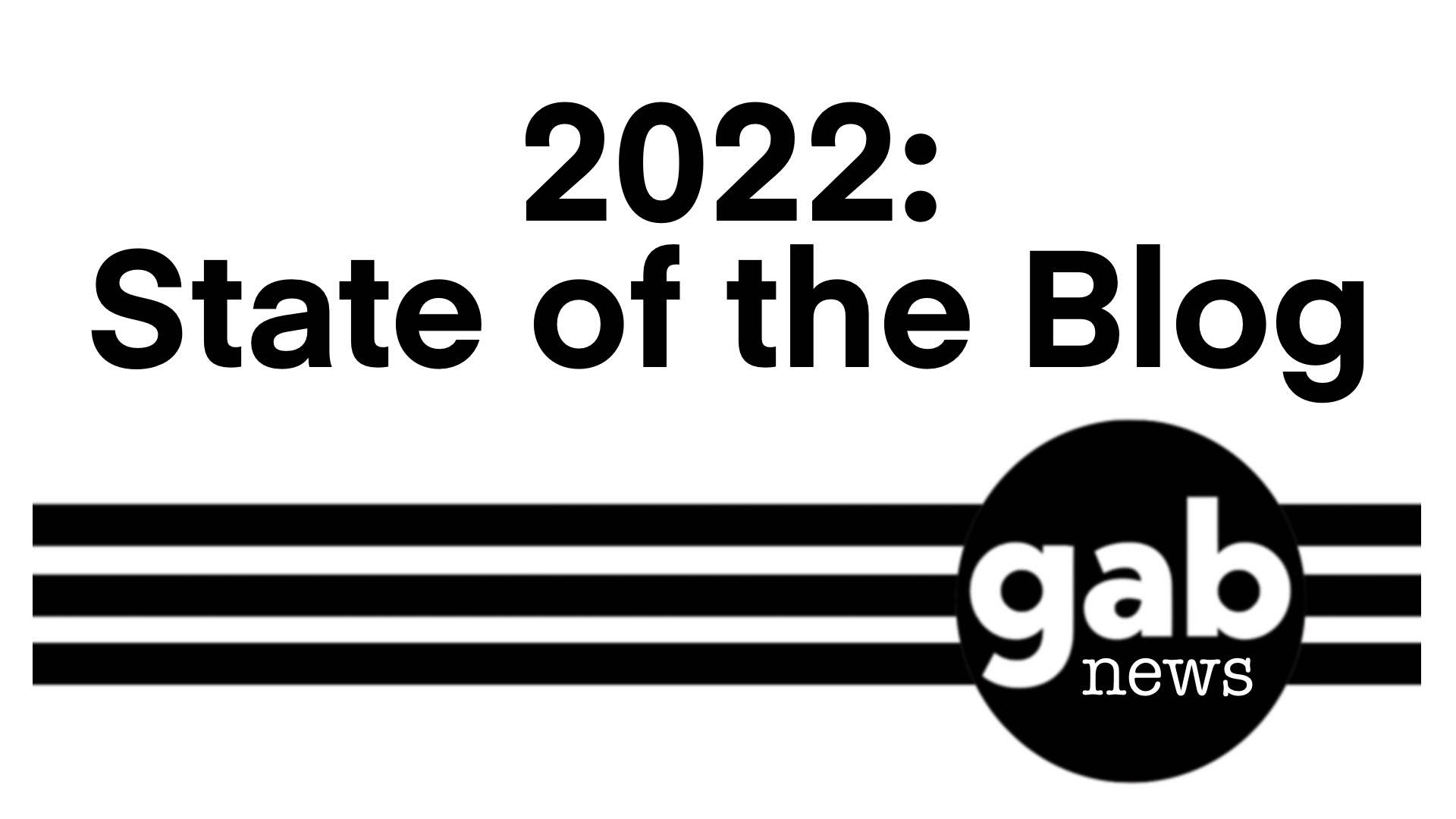 Well, folks, I thought it appropriate to give a short address to you all concerning the past year of the blog here and what else to expect for the next one.

Since November 2021 we’ve had an eclectic mix of op-eds from nearly every corner of Christendom. More than a few denominations of the Protestant tradition have shown up, joining ranks with clergy and laity alike in the rich heritage of both Eastern Orthodoxy and Western Catholicism. Covering such topics as the general Bold Christian Writing, the Parallel (Christian) Economy – Go and Build, Big Tech, Christian Nationalism, Homeschool Resources, Making Art Christian Again, and general ruminations on the life of the Christian dissident in modern America (and the world!).

I am going to highlight more than a few of the outstanding writers and their works here to show you what has been most resonant. Also, a review of the intentions we set for the blog going public, and propose a few more things that we would like to see make it on here.

Earlier today, the captain posted this to Gab and I couldn’t agree more. As you will see from the following showcases, some of our most popular pieces were on real-life issues like: Homeschooling, unplugging from big-tech dependence, eating real food, and a return to God-given gender roles for the betterment of society and the world. We want more of this. The Christian parallel economy is the best place for all of us to meet in the middle, and outside of faith in Christ and active participation in his Church, this is where we can all thrive and exchange ideas and goods. I encourage all of you to become a part of this movement that Gab has been promoting since the beginning and find a way that you can also help advance sound living and the Kingdom not of this world.

We want any and all of the dissidents and grassroots Christian makers, builders, creators, and more to step up and use their ‘talents’ for this goal. If you would like to contribute to this blog and share your ideas, tricks, and skills – all while promoting your business, book, academy, or ministry, please email me directly at [email protected] to begin the process of getting you featured in our world-changing blog. To be sure, we have an email subscriber list that tops 4 million, and we often see our articles linked across a broad spectrum of social media. Become a part of the growing movement of the Parallel Christian Economy that is found exclusively on Gab and Gab News.

I could not begin this highlight without acknowledging the God-send we had in our chief contributor and teammate, Pastor Andrew Isker. He has pumped out a steady stream of well-writ blog pieces and sermon adaptations and doesn’t stop! Find his works here. Find him elsewhere bringing a pen and sword – on Gab and Twitter.

David Treebeard is learning how to see God in every moment, in both nature and culture. He likes to shoot his crossbow and shoot the breeze. When not writing for Gab News, David is probably reviewing taco restaurants or making Pemmican through his company, Steadfast Provisions. (Hint, go check out his grass-fed beef goods asap, you won’t be disappointed!)

Rachel Wilson is an Orthodox Christian wife and mother of five children. She is a homeschooling advocate who lives in the rural Midwest. When she is not attending to her duties to her family and church, she enjoys fitness, cooking, researching history, and studying philosophy and religion. Rachel is a licensed firearms instructor who specializes in home defense and concealed carry Instruction. She is the author of Occult Feminism: The Secret History of Women’s Liberation, which examines the ideological and historical roots of Feminism and their opposition to Christianity.

She has written two pieces for the Gab News blog, both found here. It is of mention that one of these, titled “Should You Homeschool?” was of such influence that it got her a segment on Tucker Carlson’s show! Her entire linktree.

Michael Witcoff is a married Jewish convert to Orthodox Christianity and the best-selling author of On The Masons And Their Lies. He also wrote Theopoetica, a book of classical Christian poetry – both are available on Amazon (or via DM on Gab). He also runs the Brother Augustine ministry on YouTube, Telegram, and Gab.

He has contributed more than a couple of pieces for the blog from a variety of topics. His work has been the fuel for substack writers to compose response pieces numerous times.

His debut piece from Christmas last year and his second stand-alone article on the Evidence for God.

Follow along on his gab profile and over on Substack for more.

Theophan, is an anon meme account admin and influencer in many online Christian circles. His writing for Gab garnered many comments from our users and was found shared on many other mediums. It’s as if “Conquering Lust” is a relevant topic or something. Find him on Gab, Instagram, and also over on his Patreon.

Zechariah Lynch is an Orthodox Christian and Priest. Freely given to be influenced and guided by the Orthodox Faith as the main foundation upon which he bases his thoughts and observations for his blog.

He has been very generous and gracious to allow us to promote his work any time we felt that the writing was of relevance and benefit. Many of his topics have been especially popular with our reader base and transcend denominational boundaries. Find his borrowed work here.

Roosh, the infamous and beloved blogger and writer has even had his work reflected in our blog from his own. Besides his articles, keep up with all his posting via Gab and Telegram.

ThinkingWest, in their words, aims to revive the “Great Conversation” in our digital age by promoting the study of the great books of the western world, classical approaches to education, and thoughtful commentary on current events, history, philosophy, culture, education, and religion.
This purpose statement is more than evident in a couple of pieces that were donated to the blog.

Kilts has a mosaic approach to blogging, linking eclectic posts in her Vending Machine series. The effect is a jarring, uncompromising war on the status quo of the post-Enlightenment West.

She also co-hosts “The Mosaic Ark” streaming weekly on unauthorized.tv and Youtube with Professor Rachel Fulton Brown. The Ark is a McLuhan-Esque ride through symbolism and Medieval thought.
Kilts’ musings are on The Sandwhich Press on Telegram, a digital art project that feeds into DCR’s work. Read about it here.

One of our earliest contributors, Shane Schaetzel, led with this piece. He later offered a foundational template that was an important influence on the book “Christian Nationalism“.

Find more of his work here.

Relatively new to Gab and the Blog, First Things Foundation is a non-profit that sends adventurous folks to impoverished, Old World countries for two years where they immerse in the culture, assist local entrepreneurs and return home enriched.

Two of their writings have made their way over to our blog and they have since imported their YouTube presence over to GabTV. Expect much more from them in 2023 and check out their Gab profile and website for more information.

Robyn Riley is an Orthodox Christian, SAHM of two, and homemaker. Birth and postpartum doula. She is also a digital media creator focusing on political commentary, the challenges of motherhood, marriage, and developing one’s femininity.

Her main mediums for commentary are YouTube live-streams, Twitter, Instagram, and Telegram. She speaks to the ever more common experience of de-programming from the radical feminist mindset. She is a voice for those women who feel alienated by an increasingly ideological view of what womanhood is. On Gab, she brought us an encapsulation of all of these things in her article titled, “On Christian Feminity.”

Timothy Honeycutt is an Orthodox Christian and the creator of the Orthodox Wisdom podcast where he reads the writings and lives of the Orthodox Saints. His singular debut article on an American holy man, Fr. Seraphim Rose was highly favored by many readers.

We even had a singular entry from renowned Twitter user “Patriarch Prime” Kaleb, allowed us a republish of his thought-provoking piece here. The rest of his work can be found on his Medium.

J. Pilgrim is a, mostly, internet anon and actual Homesteader, carving out a future for his family in the woods. His article, “Cursed Earth” was particularly resonant with our readers and we are expecting more like this reflection piece quite soon.

Michael Sisco is currently an occasional co-host of The Killstream on Cozy.Tv/ethanralph and a professional wrestler for Sunset Wrestling. He offered one very relevant and popular post to the Gab News blog back in March, on the topic of the Soros-funded aggression of Christian Russia, found here. He is also currently writing a book about Judaism and Orthodox Christianity, which is expected to be published in 2024. Follow on Twitter @MichaelSiscoTX and Gab @MichaelSisco for updates.

Rhett Burns is a pastor and small business owner in SC. He is a regular contributor to the Fight Laugh Feast Magazine. His singular contribution (which I and many others wish would continue) is found here on the blog.

Radix Verum is a prolific content creator and internet personality that can be found in many places. Her first article is found here. Other writings on Patriot Soapbox and Substack

Rebecca Dillingham runs the blog and podcast Dissident Mama, which features content on the Southern tradition, Orthodox Christianity, homeschooling, and freedom. She is also a co-founder of the Ludwell Orthodox Fellowship and is the admin for its website. She can be found on Gab on her personal page and that of the LOF.

Her only republished work, so far, can be found here on our blog.

Dr. Bradford is a Naturopathic Medical Doctor with a practice in Arizona. He is passionate about vitalistic natural medicine and helping patients achieve optimum health. Dr. Bradford has extensive training in metabolic disease, hormones, and using nutrition as a means to heal. He is the co-host of the Community Guidelines Podcast, and writes frequently in his newsletter on Substack about the healing power of natural medicine. Knowing the body and the soul are not so separate, he wrote this piece for us on “Faith over Fear“.

This is a good sampling of the wide variety of writers, and their ministries and businesses, that have partnered up with us over the span of 2022. To be clear, we explicitly want more entries on the topics of: Homeschooling, Homesteading, Homemaking, High-Skill Craft, Artistry, Parallel Economy Business Ventures, Farming – Big and small, Dietary & Fitness Coaching, and more. Who knows, we might even want to partner up with some of you for a few limited releases.

If you, reader, have been particularly impressed by any of the writers here, or those not shown, do not hesitate to reach out to them directly for thanks and also to us on the Gab News team. Let us know more about what you want to read or, what you would like to contribute as well. May we ring in the New Year with the fullest convictions of spirit and forge the world we want for our children, while enriching and edifying the lives of all of those around us!

To the New Year of the Rabbit, on the Frog Blog, may it be fruitful and blessed in the name of the Father, the Son, and the Holy Spirit, now and ever and unto ages of ages, Amen.

“Run on, Rabbit, run!
Before the East sky wakes the Sun!
Sails set to the dreadful cold
Until your anchor-heart takes hold“

Postscript: Do any of you write poetry…? #MakeArtChristianAgain